skip to main | skip to sidebar

How I Would Throw a Funeral

Yes, I meant "throw", as in "throw a party". After all, a funeral is really just one type of party (albeit, not necessarily a happy one - although in my humble opinion, it should be). For that reason, any general advice for throwing parties should be considered. Such as on this page: http://www.ehow.com/how_135180_throw-party.html

I don't pretend to have any great insight into this subject (or any other), but I have been forced to participate in several funerals that left me with the feeling they were badly executed. For a big part, this was because they were traditional, Finnish funerals, with the Lutheran church's representatives taking care of most of the practical issues. What apparently hasn't occured to many people, is to ask the simple questions "What is the purpose of the funeral?" and "Whom is the funeral for?" - and then to follow this reasoning to question all the tradition that goes with it.
Most of this, as well as the following meager advice, applies to other kinds of parties as well, such as weddings, for example - mutatis mutandis, of course.

The following is some more specific advice I've thought of.

I would have no actual burial as part of the funeral, unless really needed. In that case, I'd either do it afterwards with the select, small group only, or before the guests arrive to the memorial service. Of course, cremation in the presence of the family might be one option. If at all possible, I'd have the dead buried in the most ecological way possible, which usually means burial in cloth, not casket.

But I would prefer to have the remains in a coffin or an urn present during the memorial service. It would be as if the person is still there, and people could rhetorically address speeches to him or her, if they wish.

Of course, funerals are in reality held for the living, not the dead. The dead no longer suffer. That is something to be glad about. Nor do they care what sort of funerals they get. The living may still suffer, and the funeral may be necessary to alleviate their emotional suffering. Funerals serve several purposes, such as giving "closure" to those who knew and possibly loved the deceased, bringing together such people, and providing an opportunity to celebrate a life that's ended. In this grim world just the opportunity to have a party should not be looked down upon either. An important thing in all this is to remember that there may be several different kinds of people who all need the same closure. When planning and executing a funeral, co-operation with all these people is well adviced. Participation in the procedings may be important for some, unimportant for others. It seems common sensical to at least ask the people who were close to the deceased, what they think. If possible, a meeting for planning the event might be good, but with contemporary information technlogy, and "postmodern" life style separating people from each other by great distances, it might be unnecessary and impractical.

It's not possible to give universally useful practical advice, except this: do what seems best. Personally, I'd have no religious service with its empty rituals. I'd rather skip such pointless things and move straigh to the memorial service. This would allow one to remove the problems associated with travelling between the different places, like from a chappel & cemetary to a restaurant. Often it's hard to find parking spaces, and the whole process of moving from one place to another takes time that could be spent doing something more meaningful. And the empty rituals are for most people just boring waste of time anyway.

The memorial "service" should have a structure planned out beforehand, at least if it involves any performances. A eulogy, or several, could be presented, and they should be announced in the invitation card along with other possible performances, so everyone would know what to expect. I in general would avoid formalities, but professional speakers could be hired . There are secular humanists who practice that for a living, but undoubtedly even some priests, with proper instructions, could pull it off.

There you have it. In short, it's all about asking why the funeral is to be held, for whom, and what is it supposed to achieve. Throwing away useless tradition and reaching into the common human emotions and allowing them to be expressed is probably the most important aspect for each individual participant. To celebrate the life that ended, the achievements of the deceased, is a way to honour that person, and our common humanity. No superstitious trappings are needed, and for a growing majority, such things are more of a hindrance than any sort of benefit by now. In the end, a funeral is just one type of party, where people with something - or someone - in common can come together and celebrate.
Posted by Jouni Vilkka at 16:44 No comments:

Philosophy (in a broad sense)

The best of the web 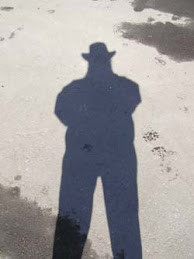